“The effects and consequences on substance use on families are devastating. Over 7 million children in the United States—more than 10%—live with a parent who has problems with alcohol, according to a 2012 Substance Abuse and Mental Health Services Administration report. These children and their families are at risk for other co-morbid mental health problems, such as depression, anxiety, low self-esteem, substance use issues, and addiction,” according to addiction psychologist Jeremy Frank, PhD, CADC. This is true with cigarette addiction.

The number of diseases you can get from smoking cigarettes are incredibly high. We all know it’s not good for us, but why do people still do it? Why are some willing to risk their health? Why is cigarette addictive, and why is it so hard to stop? 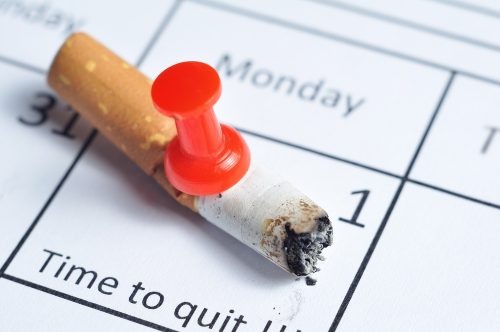 Among the diseases that you can get from cigarette smoking are lung cancer, heart disease, diabetes, and asthma. Studies also show that those who inhale secondhand smoke are at a higher risk of acquiring these, so you might want to consider quitting before you cause any damage to you and the people around you. These are not pleasant health conditions you want for yourself or anyone else.

Smokers say that they do it because it relieves them of stress. We all know that cigarettes have nicotine, and when it reaches the brain, it causes the brain to produce dopamine.

Dopamine is a chemical that serves as a messenger between brain cells. It is responsible for the feeling of pleasure, that’s why it is addictive. “Inhalation of nicotine will increase dopamine production regardless of the vessel used. The up and down of dopamine levels is what motivates the individual to smoke,” says Dr. Lawrence Weinstein, chief medical officer of American Addiction Centers.

A pack of cigarette is not that expensive, and it is available everywhere. Unlike some other addictive substances, cigarettes are legal.

Most of the smokers admit that they started smoking in their teenage years when they were at their peak of curiosity, and because the cigarette is one of the easiest to obtain, it is also one of the early addictions a person can have.

Some people think smoking makes one look cool and tough. Somehow, maybe it can. But the idea that smokers couldn’t fight the urge of smoking is a definite weakness.

Once a person is already addicted to smoking, it’s hard for him to stop, and it may take a while and a lot of help and self-discipline to do it.

Why You Need To Stop Smoking:

Cigarette smoking, as mentioned above, can cause a lot of fatal diseases. So smoking is like signing up to an agreement that you will live a shorter life.

The worse thing about smoking is that you’re not only harming yourself but everyone else around you.

Cigarettes contain nicotine and tar which cause the teeth to turn yellow, or eventually brown.

Since a pack of cigarettes is affordable, you won’t notice that you’re already spending too much for it. If you are a 1-pack daily, that would be 30 packs monthly. Try buying the whole lot just one time, and you’ll realize how much money you can save if you’re not smoking. 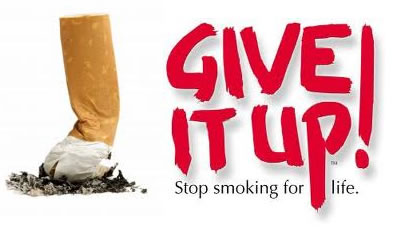 Cigarette smoking is a widespread addiction that people should try to quit. We have to admit that smoking does us a lot of harm, and probably no good at all. They say that it’s difficult to stop smoking but just think about the consequences. Would you rather be in a hospital bed suffering from a fatal disease all because you won’t quit?

“Quitting smoking or vaping won’t be easy, changing behaviors around substances rarely is. And yet, the benefits are many, and it may actually be the difference between life and death. As Dr. Fagan put it, cigarettes are the only product that, when used as directed, will result in death. That seems like a pretty raw deal, and one that we can avoid. It’s time to start avoiding it.” These are the concluding words of Josh King, PsyD in his article titled “It’s Time to Quit Smoking, For Real!”