Currently, media play a significant part in influencing how the youth of today thinks and reacts to their environment’s circumstances and society’s idealism and demands.

Whenteenagevulnerability is at an all-time high, that’s when the parents have to swoop in to guide and support their children especially when being exposed to sensitive, violent, or troubling media content. Behaviors of teenagers and adolescents are primarily influenced by what they see played on their widescreen tubes. Therefore, parents should be more adamant about being consistently vigilant in monitoring what their children watch on television.

The Negative Side of Media

Behind an innocent façade of entertainment, there lie the different risky materials that teenagers are persistently consuming that are causing adverse altercations to their mindset and behavior. “Too much time spent scrolling through social media can result in symptoms of anxiety and/or depression,” according to Katie Hurley, LCSW. 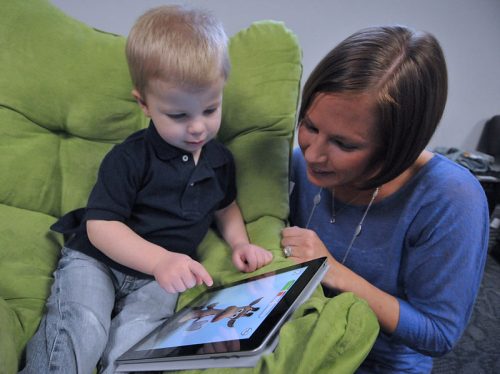 How is media negatively affecting your kid’s behavior?

As your children grow older, they are on the verge of realizing who they are and what they’re worth and one aspect of growing up is having someone to idolize when it comes to a healthy body image. Although body image acceptance is influenced by numerous factors like family, peers, fashion, and culture, one element stands out, and that’s media – whether mainstream media or social media. Advertising can also damage the youth’s perception of what an “acceptable” body image should be.

Somehow, media is presenting unrealistic, body types quite so often that children think if their bodies do not conform to these media expectations, there is something askew regarding their bodies, and society will never accept them.

Violence and abuse have long been the theme of the majority of television shows since the media was born. Kids who witness and are exposed to violent and abusive media material are more likely to think that hitting people, especially women, is a typical thing to do. Therefore, unsupervised viewing of violent and abusive shows can severely influence your kids’ behavior, making them more aggressive, less empathetic, or more anxious about their environment.

Drugs, gambling, smoking, and drinking alcohol are just some of the unhealthy habits that can be picked up from watching television. Adolescents who have little to no understanding of these bad habits will easily adapt one or two of these vices thinking that since it’s shown on TV, it’s something “cool.”

Banning your children from watching inappropriate television content can be difficult because exposure is inevitable especially with the availability of online media that can be accessed 24/7, with or without paying any fees. Therefore, it would be better to guide your adolescents on the pros and cons of media so that their minds would have a better understanding of inappropriate and destructive content. “Don’t walk in the door after work in the middle of a conversation,” Dr.Catherine Steiner-Adair, a clinical psychologist, advises. Adequate guidance is essential, and this is done by: 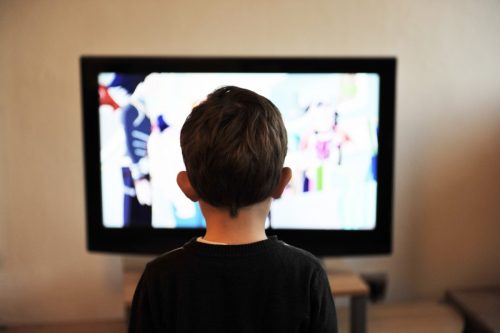 Parents are usually unaware of what their children watch whether on the tube or online. Kids these days are cunning and smart when it comes to hiding what they view, but that doesn’t mean that the parents couldn’t control media content. After all, they still have the upper hand inside the house so they can quickly set rules and limits.

Though it’s not an easy conversation to carry out, talking about obscene or vulgar material that was just shown by the media will help your child understand the lesson behind the show. For example, if your child is watching a show that presents bullying, sexuality, and friendships, you can discuss the principles and morals that the show wants to convey positively.

Media influence does not stop when the show is over. Negative or positive behavior almost always begins the moment the credits roll and the brain starts figuring out the meaning of what was observed. For this reason, it is crucial for parents to be prepared in providing explanations to positively shape their children’s minds into coping with whatever media content they encounter. “Adolescence and the early twenties in particular are the years in which you are acutely aware of the contrasts between who you appear to be and who you think you are,” says Dr. Donna Wick, a clinical and developmental psychologist.